Desember 10, 2022 Posting Komentar
Hello guys, converting one data type to another, for example String to Integer or String too boolean is a common task in Java and every Java programmer should be familiar with how to convert common data types like String, Integer, Long, Float, Double, Date, List, Map, Set, to each other. In the past, I have shared several tutorial where I have shown you how to carry out such conversion in Java and this article is nothing but a collection of such tutorial so that you can learn all of that knowledge in one place. You can also bookmark this page as I will be adding new data type conversion tutorials into this list as and when I write them, and you can also suggest if you struggle to convert a particular type to another and I will try to cover them here.

without wasting anymore of your time, here is a list of common data types and how to convert them like String to Integer, String to Boolean, String to Long, String To Float, Long to Float and vice-versa. I have also included collections and dates to make this article more complete.

1. How to convert Map to List in Java (tutorial)

2. How to convert float to String in Java? (tutorial)
Converting a float to String is easy, just concatenate float with an empty String and Java will do that for you but there are more sophisticated and performance friendly ways like using String.valueOf() and String.format() method which you will find in this tutorial. You can also use the same technique to convert an integer value to String in Java as shown below: 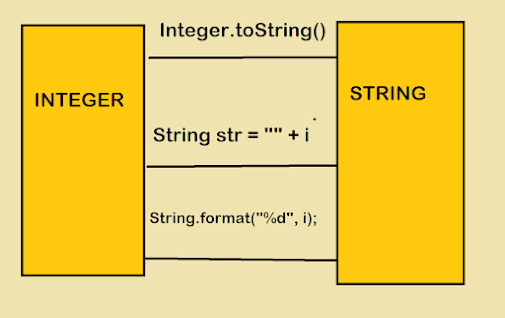 3. How to convert Byte array to String in Java? (tutorial)

4. How to convert Double to Long in Java? (tutorial)

Double and Long are two of the biggest data types, both require 32-bit of storage, I mean they take 4 bytes in memory but there are some differences. Double represent floating point number while long represent whole numbers or integral numbers. Converting Double to Long is possible because Double provides a method longValue() which gives you long values as shown in this tutorial. In short, you can use methods like longValue() to convert a Double to Long in Java. You can also use the same technique to convert double primitive type to long primitive type in Java.

5. How to convert String to Int in Java? (example)

This is probably the most common data type conversion you need to do in Java. If you have been coding in Java, there is high chance that you have already done this many times. There are actually multiple ways to convert a String to int in Java like parseInt() and valueOf(). In this article, I have shown you 4 different ways to covert a String value to int data type in Java. 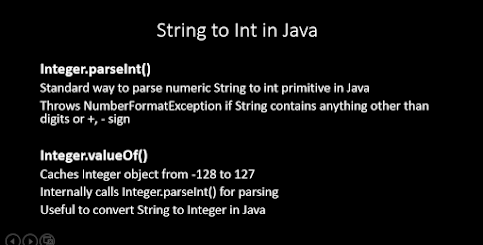 6. How to convert Array to String in Java? (tutorial)

That’s all about how to convert data types like String, Integer, and Date in Java. As I said, this is part of Java fundamentals and every Java programmer, both beginner and experienced should be aware of this. I hope you liked this tutorial but if you have any doubt, feel free to ask in questions, I would be happy to answer any question you may have.

Thanks for reading this article so far. If you find this How to Java tutorial use then please share with your friends and colleagues. If you have any questions or feedback then please drop a note.

P. S. – If you are new to Java programming and looking for a free
course to learn Java in a structured way then you can also check this Java Tutorial for Complete Beginners(FREE) course
on Udemy. It’s completely free and more than 1 million developers have
joined this course. You just need a free Udemy account to join the
course.
Lokasi: